Thank you for your interest in First Baptist Church. Complete the form below to send us an email, or simply give us a call. We're looking forward to hearing from you.

Your message has been sent.

Please make sure fields are complete.

View text only from slideshow images, (opens in new tab) 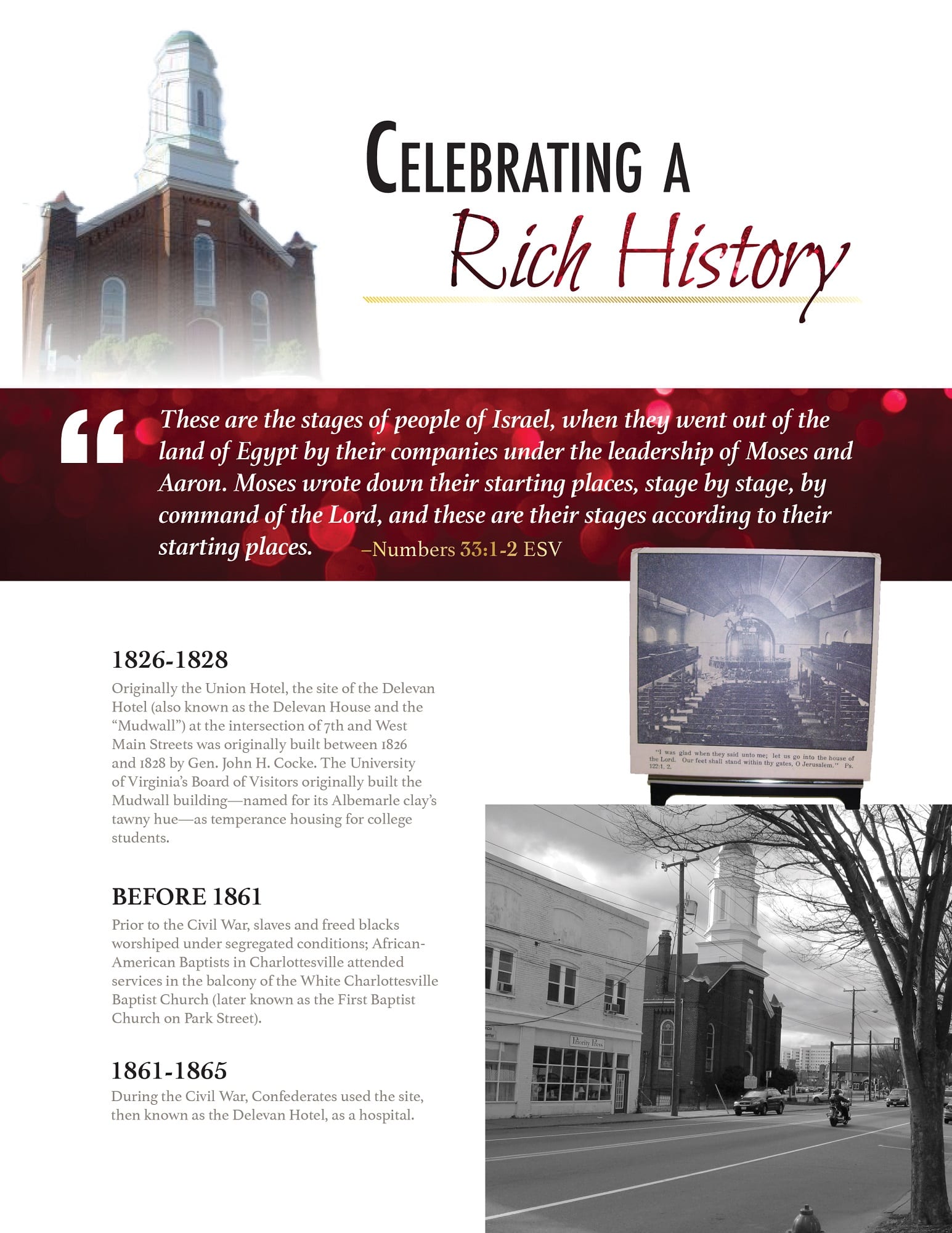 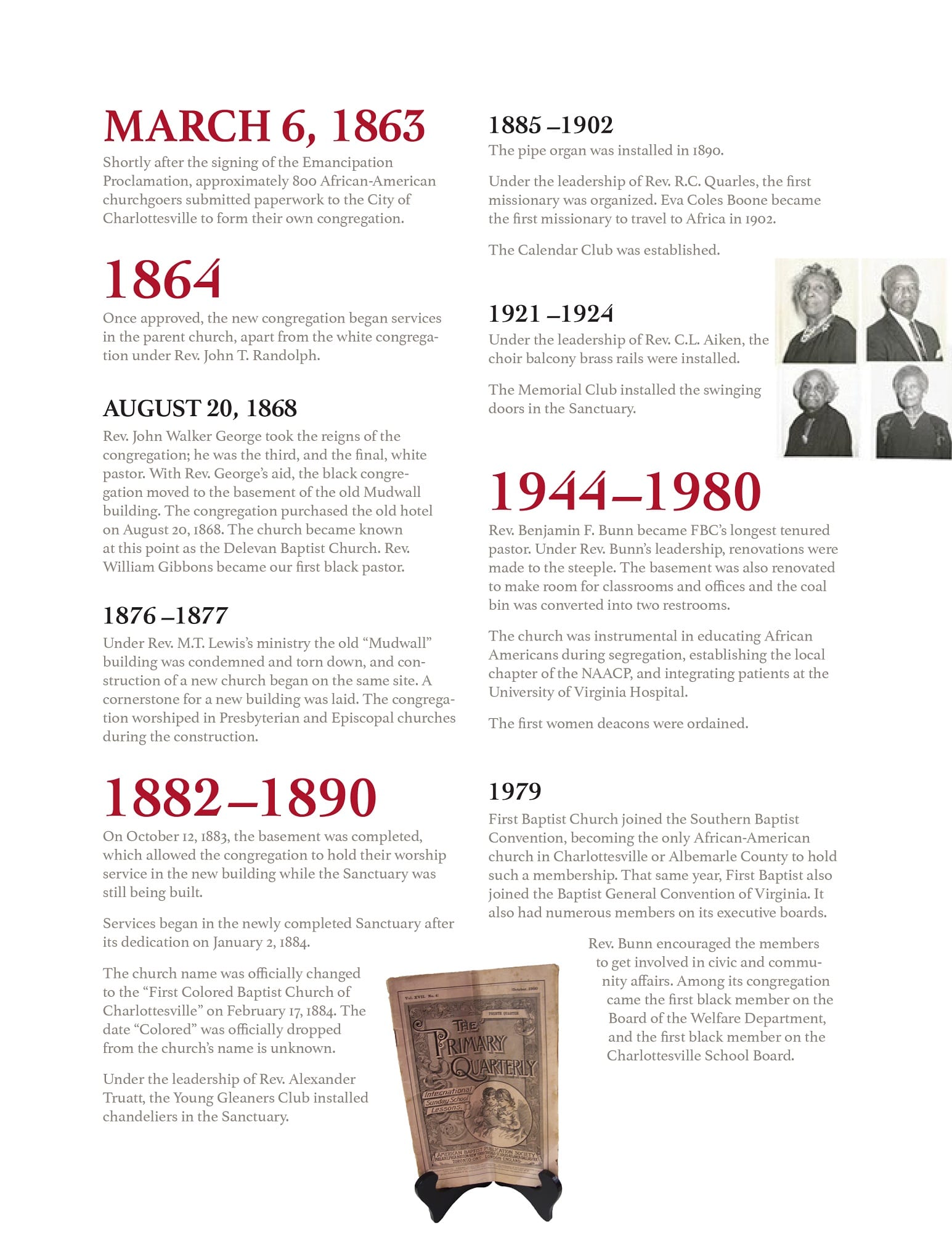 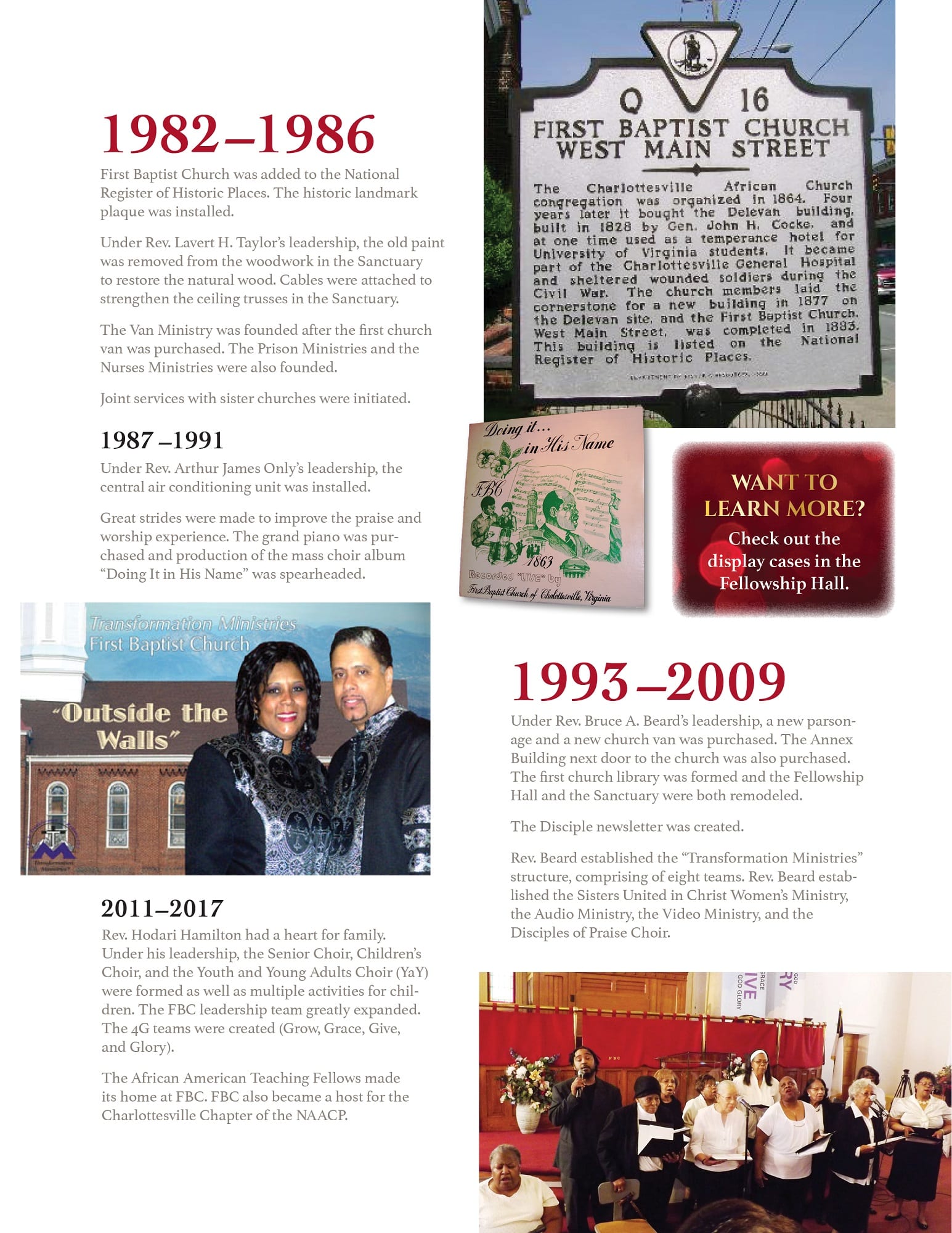 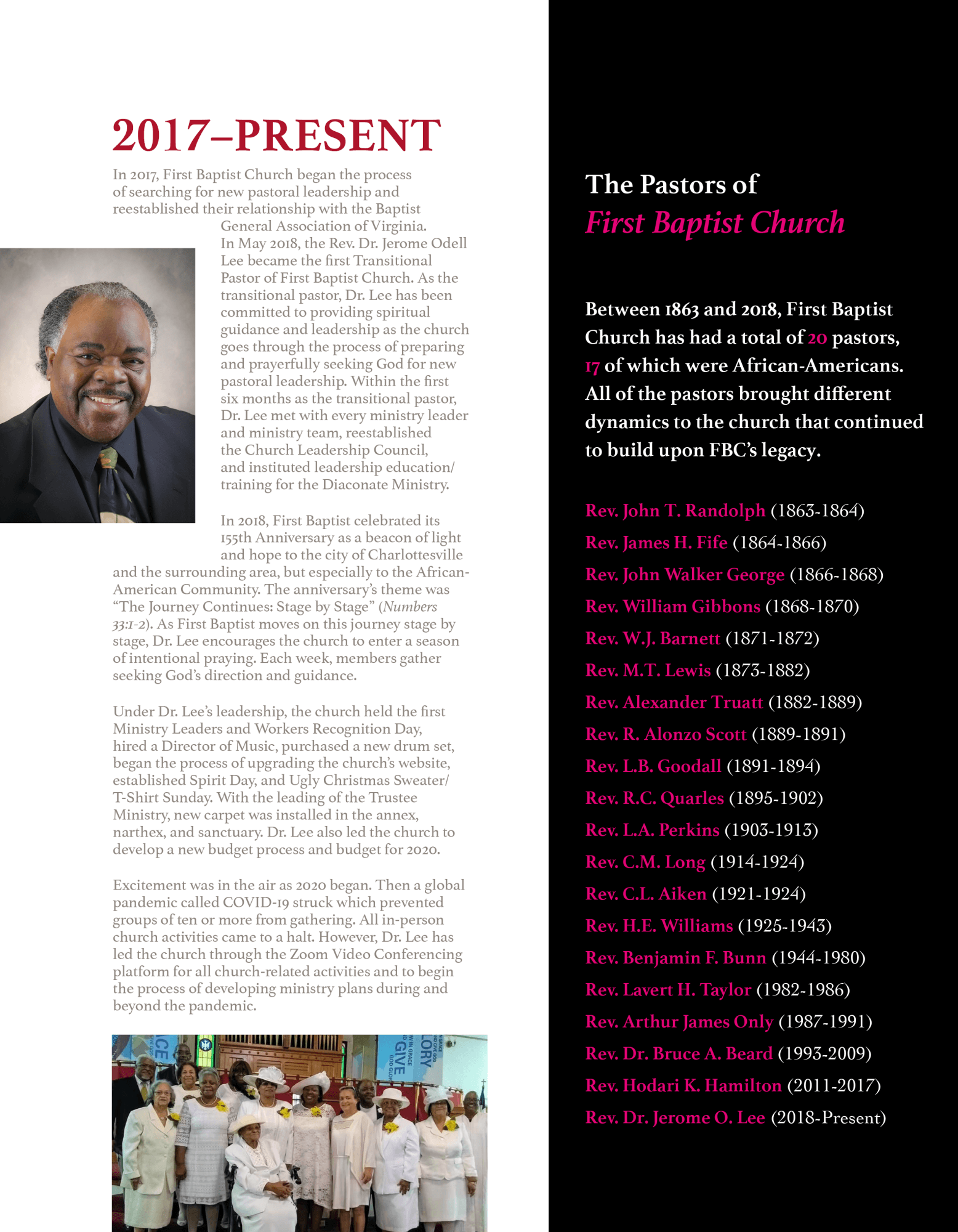 With Reverend George’s aid, the black congregation moved to the basement of what was known as the “Mudwall” building, named for its Albemarle clay’s tawny hue. This building was originally the Delevan hotel, built by the University of Virginia’s Board of Visitors as housing for University students. The Church became known at this point as the Delevan Baptist Church, and the congregation purchased the old hotel on August 20, 1868.

The Delevan Church had two black pastors prior to 1873, a lay preacher named William Gibbons and a West African, Reverend W.J. Barnett. In 1873 Reverend M.T. Lewis became pastor, and under his ministry in 1876 the old “Mudwall” building was torn down and construction of a new Church began on the same site. The new building was completed on October 12, 1883, and worship began there in 1884. The Delevan Baptist Church became the First Colored Baptist Church of Charlottesville. The exact point when “colored” was dropped is unknown.

Between 1870 and 2000, First Baptist Church has had fifteen African-American pastors. The church has been instrumental in educating African Americans during segregation, establishing the local chapter of the NAACP, and integrating patients at the University of Virginia Hospital. Members of the church’s congregation have included the first black member on the Board of the Welfare Department and the first African American on the Charlottesville School Board. First Baptist Church joined the Southern Baptist Convention in 1979, becoming the only African-American church in Charlottesville or Albemarle County to hold such a membership. The Church was added to the National Register of Historic Places in 1982.